I don’t say much about my cat, do I? Well, her name is Scout. She was born on April Fool’s Day (or so we like to think), 2002. That makes her fourteen-and-a-half years old and I can hardly believe it.

Scout came to my family because my mom was doing a play: You Can’t Take It With You. She’d landed the leading role, and for one scene of the play, her character was supposed to have two kittens. Bullheaded as he was, the director wouldn’t just cut the kittens or change it to “cat” and accept our fat, calm, Siamese as a substitute. And my mom really wanted to please him, and really wanted to do the role right. The kittens were her props, in a way, and so she signed us up to foster two sisters. One of those sisters was Scout. 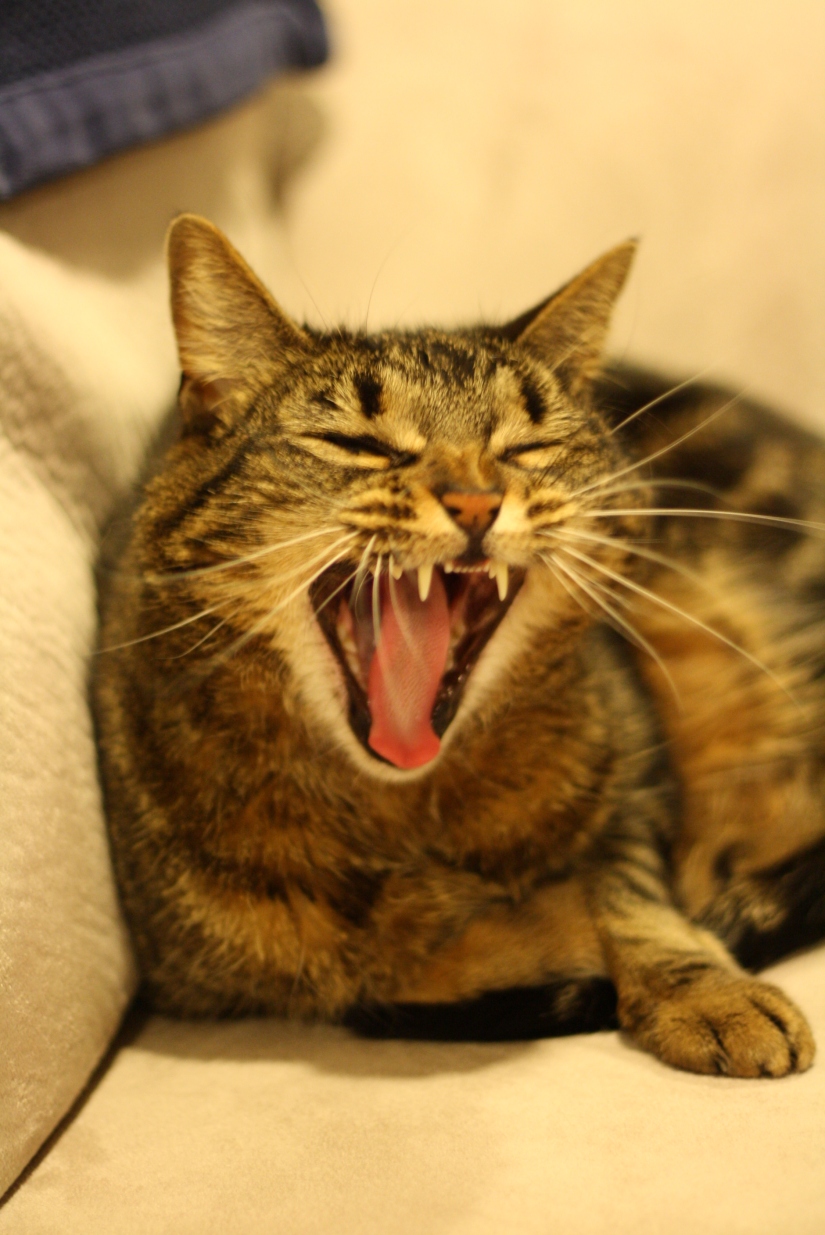 Scout has always had a lot of personality, which is probably why, when the play was over, we couldn’t find anyone to adopt her. Her meowling could get so loud that during shows she had to be kept down a hallway and through two heavy sets of doors so she couldn’t be heard onstage. She was great at clinging to Mom’s costume when the time called for it, but she never really figured out how to retract–even to this day–and she still has a tendency to dig in a little too much when being held. My dad named her Scout because she was always scouting about, even when contained: we had to put a baby gate on top of the box she slept in and inevitably we’d find her hanging upside down, claws hooked into the wire mesh. When we were still bottle feeding her, she never sucked; she’d just chew off the nipple and lick at the drops of milk. We wondered, from time to time, if this is why she’d been cut off from Mama.

No, Scout has never been the most charming of cats. I said from the beginning, if we ended up keeping either of the kittens, I wanted to keep her sister. There’s even a picture of me posing with her in my prom dress. But that cat, being soft and squishy and possibly brain damaged, was as affable and tolerant as the friendliest dog, so naturally everyone wanted her. Before the show was over, she had a home.

Nobody wanted Scout. She was different. She was awkward. She was one of us. 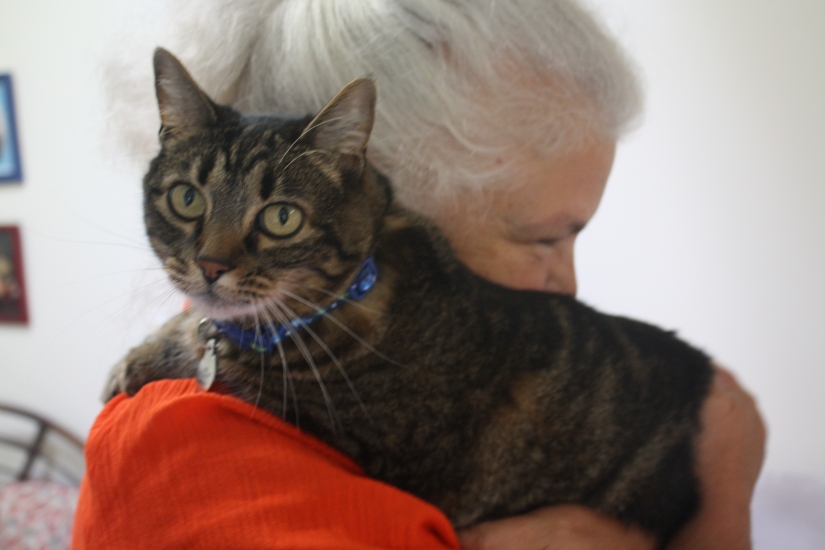 Scout stayed. She became my dad’s cat (all animals that came through our house seemed to prefer my dad) and then, when my cat got eaten by a coyote, they called her mine. Mine, though she rarely let me hold her. Mine, though she did not sleep in my room. But I clung to the idea that she was my kitty and when I graduated from college and got my own apartment, she came to live with me. Being that I was now her only human, she was definitely mine, and pretty soon she started to love me.

Scout can be a bona fide pain in the butt. She has this meow that just grates your spine, and another that sounds exactly like a baby crying. She used to trill, and there was a sweet little swish to her walk, but as she’s gotten older she’s lost most of her girlish ways. But she still likes to ride around on people’s shoulders, though it’s quite a balancing act, and she still huddles into my arm pit whenever she can at night. She’s probably the bane of my husband’s existence–scratching up the furniture, peeing outside her litter box, and so on–but I still love my pretty kitty. She’s never hurt one of my children and, with Violet, she’s actually very tolerant and occasionally affectionate, pressing her head into Violet’s palm to be petted. She’s gotten past her alarm at the presence of small children and chooses to watch them instead, always ready to escape if necessary, of course. She stands in the windowsill and watches as our chickens peck the backyard, her tail fat and her voice popping with the hunting sounds that she learned from my Siamese but does not understand. Once, she caught a mouse and then jumped away, startled when it moved beneath her paw.

Sometimes it startles me to remember how old she is. Sometimes she is in the way. Sometimes I feel bad about her status as low cat on the totem pole. First it was the two of us, and then I brought in the man, and then there was the baby, then a dog, and then for crying out loud another baby! But I’ve loved her through it all, even when I wanted to throw her out the window for waking my children at 3 am because she had a hankering for a dish of wet food. And now I’ve written all this, I’m just dying to cuddle her. Where is that kitty cat?