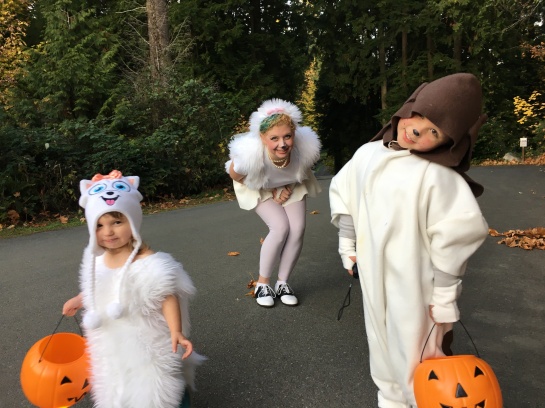 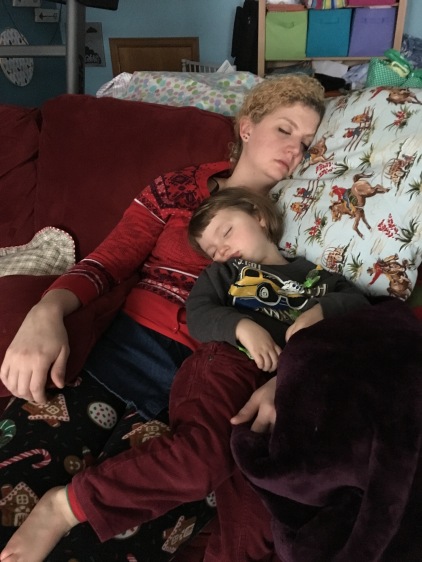 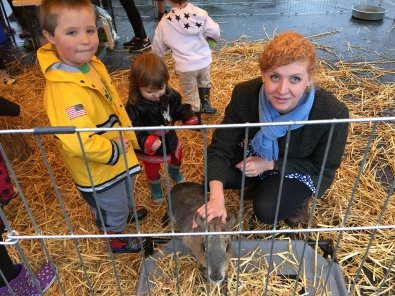 I think I’m having a midlife crisis.

Nearly a year ago, I auditioned for a TV baking show. While waiting for a response, I got this itch to dye my hair blue. And purple. Maybe just the front. Maybe just because I knew I wasn’t going to be cast and it felt somehow defiant, doing it before I actually knew, when changes to your appearance can be a big problem for television casting.

Anyhow, I wasn’t cast (which is just as well since the show got cancelled mid-season and whoever won it never got to see their final episode air), but I did get fairly far in the process (as far as I can tell). I had a phone interview, a Skype interview, and was invited to bring my baked goods in for judging. My cake and danishes passed the test and I did an on-camera interview, and then made a home video to be sent to the producers.

Before this, I’d been bored. I didn’t realize how bored until everything happened. I sent in an application for this show on a whim, and when they actually called me back I was flabbergasted. I really enjoyed making the home video and realized I had a knack for presenting, and that I didn’t look nearly as bad as I’d thought I would on camera. Plus, I’d followed a dream. I’d actually tried. Yes, I was disappointed not to get in, but I’d met real TV producers, had real chefs taste my food, sat in front of a camera and spoken pretty eloquently about my life and baking. I got to go on a day trip all by myself, which hadn’t happened since before I was married. I got to think about what made me me, and then try to sell that person to Hollywood.

That sounds amazing, right? Well–kind of. Since coming back from the last leg of my audition, I believe I’ve had six or seven different hair colors, for varying lengths of time. I’ve been twisting and turning in the creation of an online business (this blog included), trying to figure out what I’m good at besides creative writing, wrestling with the urge to give it up.

Fairly recently, I decided to focus on my blog and Facebook page rather than designing the line of products I wanted to sell online, though I’ve kept my online bookshop and I do the occasional custom portrait through Etsy. “Keep it simple, stupid.” Right?

Well, not long after I made that decision, I started moving the furniture. I’m pretty sure every item in our house that can be moved has been moved at least three times. Just today I decided to take the leaves out of the dining room table, collapse the sides, and move it into the living room.

Why do I do these things? What would a therapist have to say? And what is a midlife crisis, anyway?

To be continued next week…

1 thought on “My Midlife Crisis: Part One”