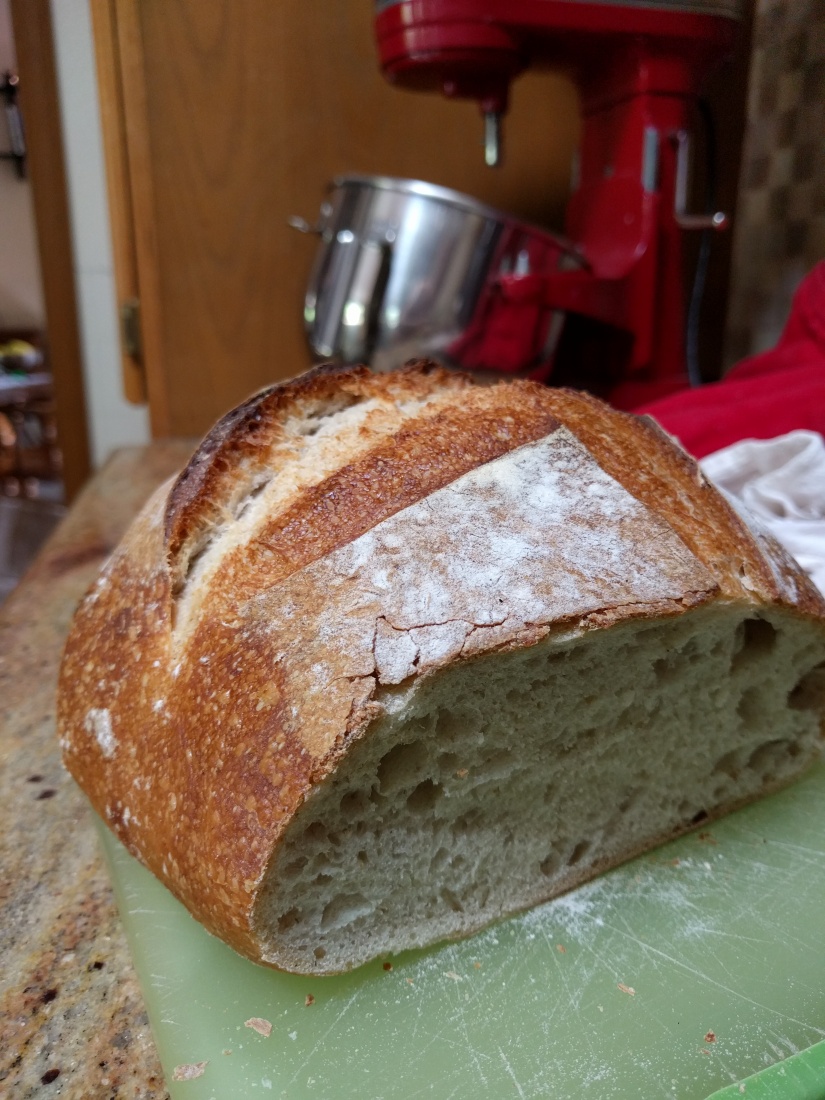 For a while now, I’ve been baking like a maniac. It started because I was auditioning to be a contestant on a competitive baking show. I’m still not supposed to tell you which one or any details (reality TV is über secretive) but I will tell you that while I made it through several levels of casting, I was not selected. 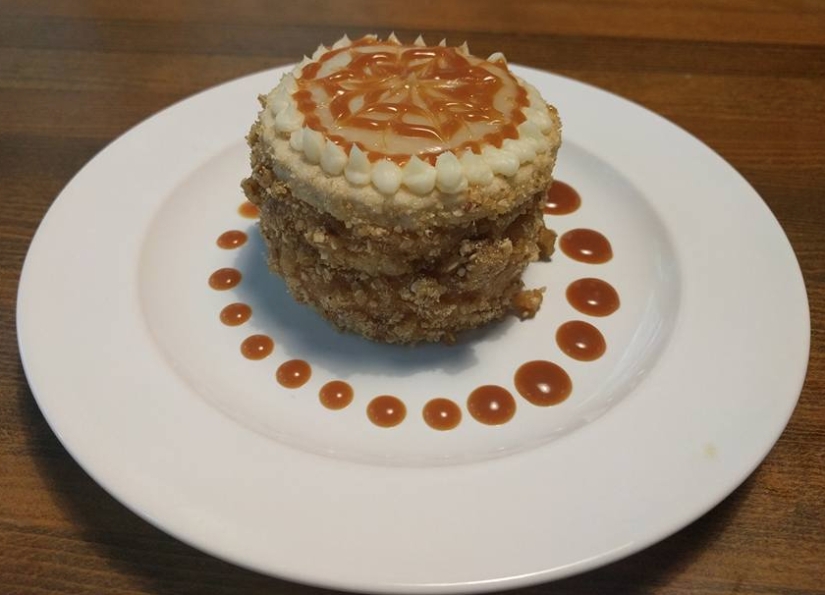 Still, I kept baking more than usual–whether I had anyone to eat my wares or not. I’ve been trying new recipes and creating my own, playing with plating, and practicing my piping skills. 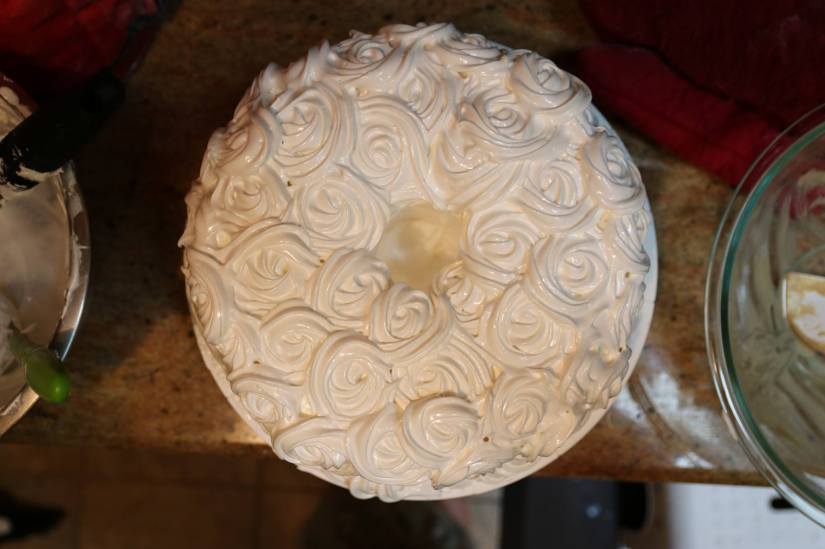 I’ve still got a lot of work ahead of me if I’m ever going to be the baker I want to be, but I have identified my strengths and weaknesses and I’m definitely improving, cake by cake, éclair by éclair. 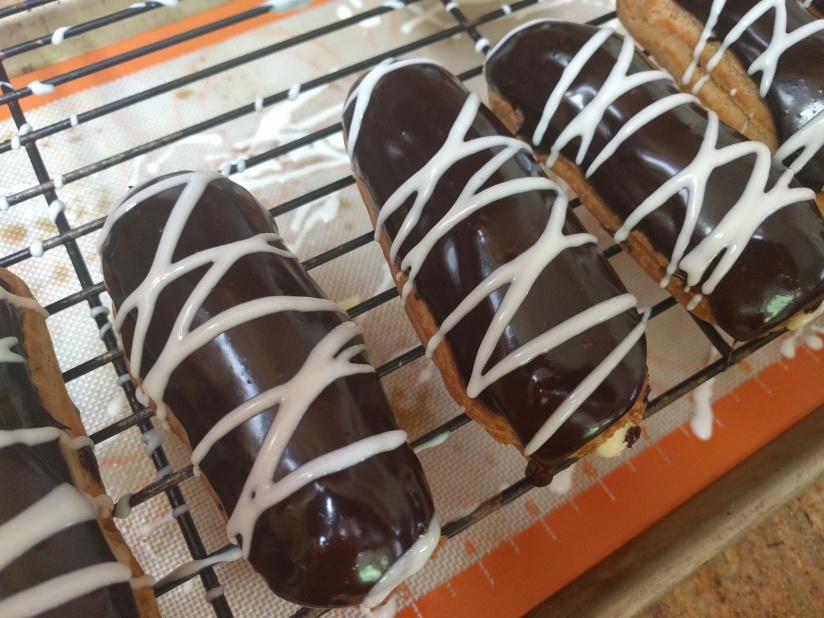 Now, you’ve probably guessed where I’m going with this: all that baked stuff isn’t healthy–for me or for my family. Shockingly enough, I haven’t gained any weight since the baking extravaganza began, but I do want/need to lose a few pounds and that isn’t going to happen when I’ve always got something in the oven (or ice cream maker–I’m in the process of making a very big ice cream cake for a friend’s party so it’s been custard, custard, custard for days now). I’ve also been allowing the sweet treats, even just tastes of what I’m making for someone else (cardinal rule of cooking: always taste before you serve), to displace healthy foods in my diet. Worse than that: it’s affecting my kids’ diets. So while I’m never going to full-on stop baking, the recreational baking has to stop. I mean, I’ve been at Christmastime levels of production. And it’s August.

So what do you do with all your creative energy when you can’t fully devote it to your favorite outlet? You blog a lot (are you liking the daily posts? I hope so–I plan to keep it up) and you make little videos with your children (a workout video is in the works) and you go to the fabric store and buy a big pile of fabric and thread and a seam ripper and you start making clothes. 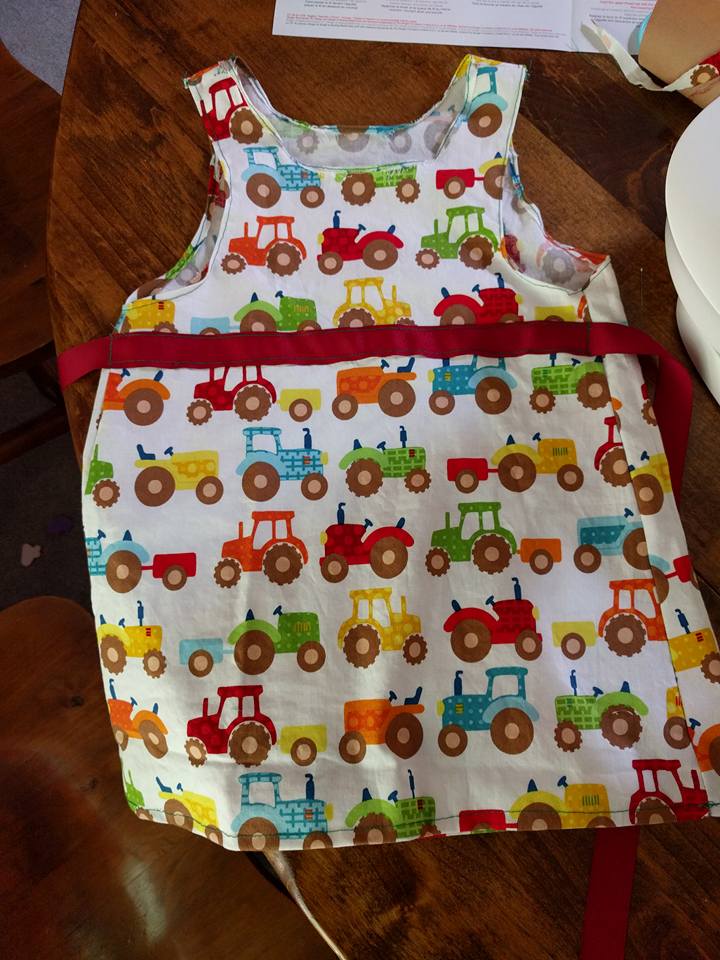 That’s what I did, anyway. (Oh yeah, I’m also working on a novel–two novels, actually, since I’ve decided to revisit my old one. And trying to boost my Etsy shop. And doing some portraiture. But mostly sewing.)

Now, I didn’t realize it when all this started, but creativity seems to beget creativity, and when I get into that flow I can become obsessive–even a bit of a workaholic (ask anyone who worked with me at Willow Springs–they know). For whatever reason this doesn’t apply to writing fiction but I think that’s because it doesn’t have as tangible a finished product and it’s very subjective, so you can’t just post a picture of it on Facebook and get praise. (People who’ve seen my many sewing and baking pictures flooding their news feeds: Thank you for your thumbs up and your comments and compliments; my ego is like a fat, fuzzy kitten and while she can sit alone in the sun for a long time and be happy, she does like a good rub-down.) But even if no one sees it but me, there is something so rewarding about creating, actually using your hands to put a few things together and make something else.

I also take joy in the puzzle of it; baking and sewing are simultaneously creative and structured. And I have a tendency to stray away from recipes and patterns. I do have a lot of technical know-how in the baking arena, both from poring over cookbooks and watching endless food TV, but I had no real-life teacher guiding me through it. I’m taking a similar approach to sewing. My mother taught me how to thread a machine and sew a button when I was little, and my Aunt Lula taught me to cross-stitch, but mostly it’s just me and my Singer (a brand new Singer, too, because I broke the older one my mother-in-law gave me. Sorry Vicki!).

Everything I’ve sewn so far has been off the cuff (no pun intended), or at least without a pattern (or a measuring tape, as my cloth tape has gone missing). The pajama pants above were made by placing the fabric over an existing pair of pants and feeling for seams, then using a piece of chalk to mark where I ought to cut them. I don’t know why I like to work this way; it often leads to failure. And when I fail, as I did this morning when trying to make a skirt for Violet, I get down on myself. But then, failure leads me to the books, which is another happy place for me (you know how some people are professional students? If I could have figured out how to make it work, I would have been one, too). It also leads to more puzzling, more problem solving, and if I work hard enough, back around to success.

Which I suppose is what makes me a workaholic–or a craftaholic maybe. Createaholic? Whatever you call it, the addiction to production is real, and it comes from the same place as my chocoholism–the pleasure center of my brain. I didn’t used to understand how work can be so pleasurable, even the most enjoyable part of the day, but when I’m presenting someone with something delectable or dressing my kid in the clothes that I made, I get why I can somehow be happy when refilling the bobbin for the tenth time that day or standing and stirring a lemon curd–tedious tasks, perhaps, but each moment of tedium contains the anticipation of the final product. And as Gwendolen says in The Importance of Being Earnest (a part I played back in my theatre days, when acting was my addiction):

The anticipation is terrible. I do hope it will last.

2 thoughts on “Baking, Sewing, and the Constant Need to Create”